Court Appointed Special Advocates (CASA) of the Southwest volunteers are appointed by judges to advocate for children’s best interests. They stay with each case until it is closed and the child is in a safe, permanent home. 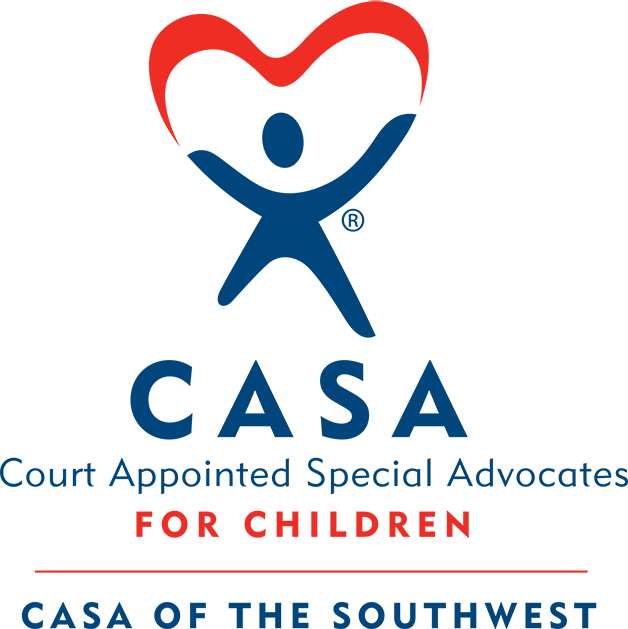 Operating in the 6th and 22nd judicial districts, staff and volunteers work every day to ensure that children in foster care receive the advocacy necessary for judges to make the best decisions for each child. CASA has been active in the Cortez Community (22nd Judicial District) since 2004 and began serving the 6th Judicial District (Archuleta, La Plata, & San Juan Counties) in February of 2017. CASA volunteers are trained community members who’ve made a commitment to be a safe and stable advocate for the duration of a child’s Dependency and Neglect case.

HELPING TO BREAK THE CYCLE OF CHILD ABUSE AND NEGLECT THROUGH ADVOCACY AND INTERACTION.

See Something, Say Something!